The VuePilot software is used to display your content onto the connected screens.  It communicates directly with your TV or display devices.   We often refer to this as the “player” software and it is responsible for “playing” the rotations on your screens.

The VuePilot players communicate with our API in the cloud directly awaiting for instructions along with syncr0nizing data to the local machine, there are no central control machines or other hardware devices you require.  There is only the player software.

Connecting Hardware To Your Screens

Your devices will be connected to your screens directly via HDMI cable. This will register your screen with the operating system and transfer information about the screens capabilities via HDMI to the software.

Your hardware device may have multiple video outputs to connect multiple TV screens or monitors. The VuePilot software will detect all connected screens and allow you to display content on them independently of  the other screens.    ie, You can display a sales report rotation on one screen and an IT operations rotation of dashboards on another at the same time from the same player device. 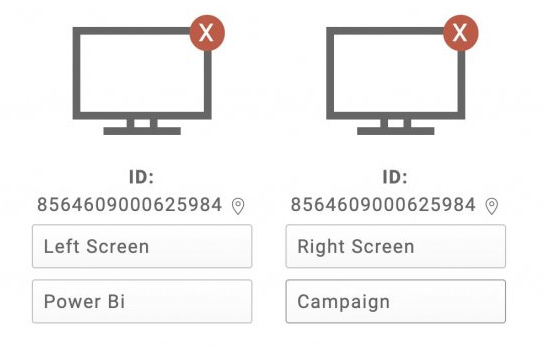 How Many Licenses Do I Need?

VuePilot licenses are assigned per player installation, not per screen attached.  This means if you have multiple screens attached to the one player device,  you will only require one license for those screens, as there is only one copy of the player software installed.  Most standard computers will have at least 2 video outputs, even the Raspberry Pi 4 has two HDMI outputs so you can control 2 screens at once with a single license from the same machine.

A simple way to calculate it is to count how many devices you will install the VuePilot player software on, regardless of how many actual screens are attached to those devices. That’s how many licenses you’ll need.

We do not currently support AirPlay or Google Cast as these are virtual displays and are not seen by the operating system as a physical device.

We do not currently publish software for Smart TVs as these are generally under powered to run the VuePilot software and do not handle things like JavaScript heavy dashboard pages very well.  Smart TV manufacturers also have their own specific operating systems and require their own specific application development tools for their specific TV APIs (Samsung with Tizen, LG with WebOS etc).  We publish software for the standard OS environments such as Windows, Linux, MacOS and also Raspberry Pi.

You may use any type of Windows, Mac, Linux or Raspberry Pi device to run the VuePilot player software. Simply install the software and connect  to your screens via HDMI cable and you then then remotely manage the content on your screens from the online VuePilot dashboard. You do not need to interact with this device once it’s set up, so you can remove keyboards and mice etc.

Download the software for whichever platform you go with here: https://www.vuepilot.com/download

If you’re looking for a small discrete device, you may want to consider a Raspberry Pi, a NUC PC or a compute stick.  These devices can be purchased relatively cheaply and offer a more minimalist approach over using something like an old office PC.

The compute stick is a handy solution for wall mounted TV screens where connecting cables and a larger PC or Mac box is not possible. Tight hallways or walls with no table under it would be examples of where it’s not feasible to use a regular machine where it’s going to be ugly having wires running out to a machine on the floor.

In this case the compute stick is a handy little device about the size of two large USB sticks that can solve your problem. They can be plugged directly into a HDMI port on the side of the TV and are powered by a small thin power adapter, rather than the thick three pronged power chord of a typical PC.

The NUC box, short for “Next Unit of Computing” is a small square shaped PC that generally sits somewhere between your regular PC and a compute stick. Typically less powerful than your PC but far more capable than your compute stick. They are essentially a mini PC.

The NUC box is usually priced around the $500 mark, which is expensive when compared to a Raspberry Pi or a compute stick however if your company wants to manage the dashboard machines just like any other machine on the network, yet you don’t want to use or have spare PC’s laying around then the NUC box may be a good option as you could comfortably install all the required software such as Windows, anti virus, anti malware and remote management tools yet still have enough power in the box to run your screens comfortably.

The NUC boxes are fairly small and quiet so they could comfortably sit inside of a shelf or cabinet and out of the way with only a HDMI cable running up to the screen.

The Raspberry Pi is an excellent cost effective office TV dashboard solution that is often over looked due to its configurable nature. Many people see the exposed circuit board of a Raspberry Pi and assume it to be more of a hobbyist device or too complicated to worry about, but the reality is that it is quite a simple affordable device that you can simply purchase with with power supply and a case, screw the board into the case, attach the heat sink and you’re good to go.

Despite the appearace, you don’t need any electrical or hardware knowledge and you can typically buy bundle packs online that will include everything you need in a single purchase for around $100.

The Raspberry Pi 4 is our recommendation, that can come with up to 4GB of RAM and includes 2 HDMI outputs which means you can drive two dashboard screens from the single device.

We have published a listing of components we recommend and use our selves internally when buying Raspberry Pi units here: https://www.vuepilot.com/support/article/recommended-raspberry-pi-hardware/

If you have the space and don’t particularly care about the appearance of wires or a box setting next to your screens, then this one is the easiest choice and usually costs you nothing because you typically already have them laying around.

Generally speaking, any old PC or Mac is going to have enough processing and GPU power to run any sort of display you need. Some of the smaller compute sticks may struggle however in cases where you have very visual or animated dashboards (more on this later)

Whilst the old computer may be slightly uglier then the neat and compact compute stick or Raspberry Pi, they will tend to handle running constantly for long periods of time better than a small compact device due to the fact that they are generally built to vent heat and cool the internal components better than something like a small compute stick that will generally run quite hot and be unable to cool themselves very well. Computers don’t like heat and over time this will cause them to fail.

Using an old PC is a popular choice as it means you can apply your companies corporate policies to the machine just like any other PC in your company, however Windows PCs in particular tend to require frequent updating. Corporate policies may require automatic updates be enabled which in turn will automatically force your machine to update and reboot themselves.

This can be a hassle when the machine is part of a Windows domain as you may not be able to configure an automatic login as easily as if it were a simple local user account.

The upside of course, is that this is just a PC like any other. Your IT department can manage and patch it like every other machine on the network. Easy

Using an old Mac, such as the Mac mini is a good choice and also looks a little nicer than your typical ugly office Dell PC. 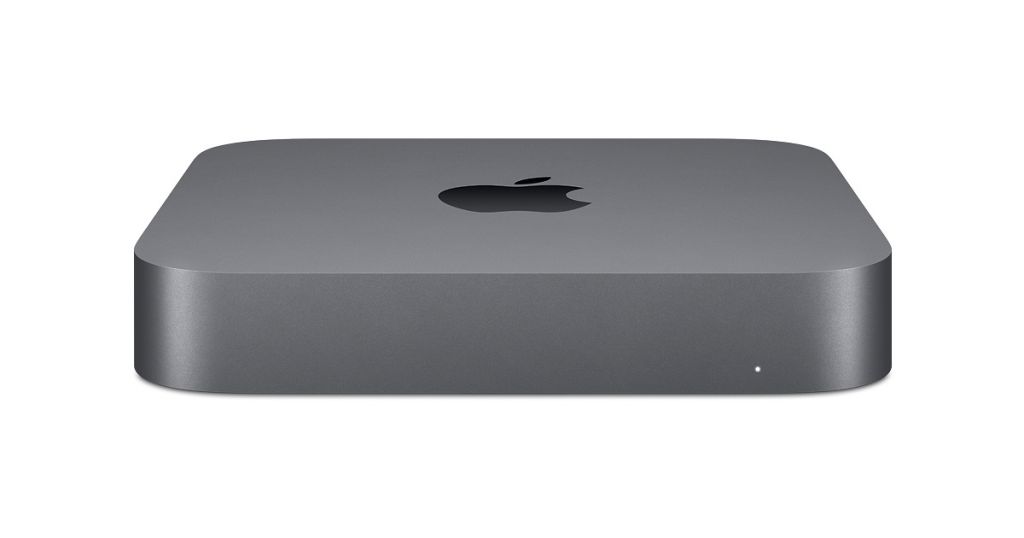 Macs also tend to be a bit less aggressive on the patching front so there should be less reboots required throughout the week. Depending on your office, its pretty common to use local user accounts with your Mac machines, which means you can easily set your machine to login automatically on boot.

Unless you have the spare Mac laying around just gathering dust however these can be an expensive choice as Macs tend to be more expensive and hold value years after new.

We discuss the pros and cons of each of the above options in the following blog post – https://www.vuepilot.com/blog/tv-dashboard-guide

Which ever device you choose to use, you should you have enough RAM and processing power to do what you need to do.  This will vary depending on the use case, for instance,  displaying a large number of JavaScript heavy dashboards or Power BI reports will require more memory and processing power than simply displaying some branding images or playing a YouTube video.   When choosing an old desktop PC for example,  we would recommend something with at least 8GB of RAM and a quad core processor assuming you are using an operating system like Windows as you will require a certain amount of resources to actually run the Windows operating system.  A Raspberry Pi however can be run on much lower hardware,  2GB of RAM for example as the OS is much less demanding.

Display Information On Screens In Your Business. Get Started With A Free 14 Day Trial
Get Started For Free